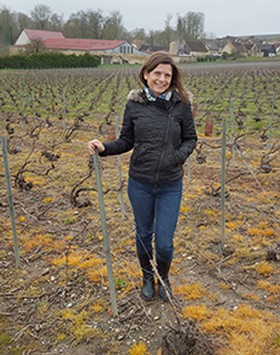 Eating grilled sardines and octopus while sipping vinho verde at the family table in Portugal led to Jennifer's love of food and wine. She reveled in the food markets and always accompanied her father to the same wine cave to drink 25 cent glasses of moscatel from the barrel. Jennifer grew up around the restaurant business including her father's wine bar in New York.  At a young age she learned the demands of the business, watched how tastings were conducted, and helped deliver desserts to supplement the customer's wine experience.

Jennifer was raised in both New Hampshire and New York.  After attending UNH she moved to North Carolina and opened a restaurant with her father in Chapel Hill.  She managed guest hospitality, front-of-the-house staff, and assisted with wine purchasing.  She paired that experience with also working p/t in the wine department for a gourmet market helping with weekend tastings and small tasks for the cooking school.

In 2014, Jennifer left her full time executive recruiting career to immerse herself in the world of wine. She researched wine certifications and attended the Napa Valley Wine Academy's WSET Program and earned her WSET Advanced certification.  Shortly after, she traveled to different wine regions in France, New Zealand, and Portugal to apply her studies to these experiences.  She is continued her wine studies through the NVWA and earned her French Wine Scholar designation in 2019.

Jennifer joined Sharon Kazan Harris at RARECAT Wines during the 2015 harvest and was hired full time thereafter!  Working for a small winery she has worn/wears many hats; wine educator, assistant winemaker, client hospitality, and doggy-sitting two naughty winery dogs :) She loves the art and science of wine making and was lucky to have the RARECAT 2015, 2016 and 2017 Provence style Rose's named after her!